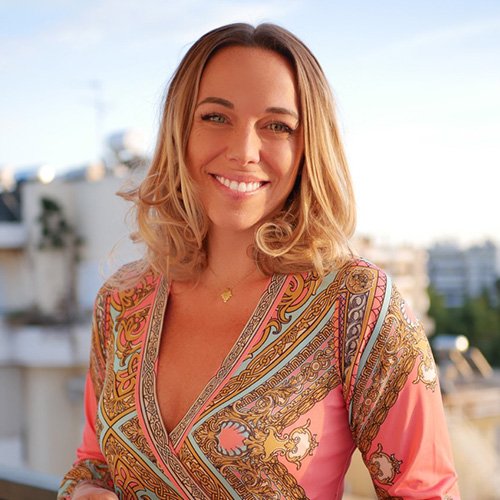 The birth of this program never would have happened had I not experienced a significant and disabling illness from age 18-30.  Physical illness is often romanticized in movies, but the reality is unfortunately quite different, and ultimately quite depressing.  Most people who experience chronic illness at some point fall into situational depression, and I was certainly no different. There was significant nerve damage with my illness that did not respond to medicine.  My young mind and heart failed to manage it well for the first seven years of the condition, and I often looked to escape. It was not until my body became so sick that I could no longer distract myself that I ultimately became free of the pain and the subsequent depression.  A beautiful thing happens when one goes through rather than around the pain of life. That is the story I would like to share with you all.

One typical day, I woke up in extreme nerve pain.  My first thoughts were that of hate towards my body.  I felt betrayed and victimized by life in all ways. I laid in bed for several hours feeling sorry for myself, and then I remembered a gift my aunt had sent me.  It was a book on meditation, and it came with a guided meditation CD. I had never meditated before, but I put it in my CD player, turned it on, and shut my eyes.

Within minutes, I felt my whole body alive and joyful. The nerve pain, although still present, was transformed. I relished in my body and felt JOY for the first time since getting sick. After some time the meditation ended, but the presence I felt in my body continued.

That spring I was introduced to Eckhart Tolle and the mystics. I would go to arboretums, where I would lay for hours in utter ecstasy looking up at the trees. That year, it was like the flowers bloomed just for me. I fell in love with my body, despite the pain. I began meditating daily, saying affirmations, writing in a gratitude journal, practicing light therapy, cold therapy, and I practiced a rigid wake and sleep schedule despite not having anywhere to be. I began watching comedies, listening to classical music, and coloring. Although I was still deeply ill, these activities began to retrain my limbic system, and I began to feel SO MUCH JOY. My depression lifted, never to return.

It has now been over a decade since that time, and it has been many years since the Biogenetic Diet put my physical illness into remission. In that time, I went back to school for nutrition and opened a private practice. At first, I expected everyone would heal just like I did. However, I soon noticed that those that did the diet without the lifestyle activities did not achieve the same wonderful results as those who did both. I met Ann and we began working together. She too noticed that those who did the trauma work without addressing their nutritional deficiencies did not thrive. We found that when we combined forces, people met their goals quickly and completely. As our practices became full, we created the Back to Joy program so that more people could benefit from the nutritional and limbic system combination. This training program is the result.

All the feels! #nature #backtojoyprogram